Housebreaking your puppy is the hardest part of his training and will probably take the most time.

Remember in the beginning that a young puppy has trouble controlling his bladder so expect a few accidents in the beginning. Do not get too upset and never hit your puppy.

The success of the training depends on you, not your puppy. 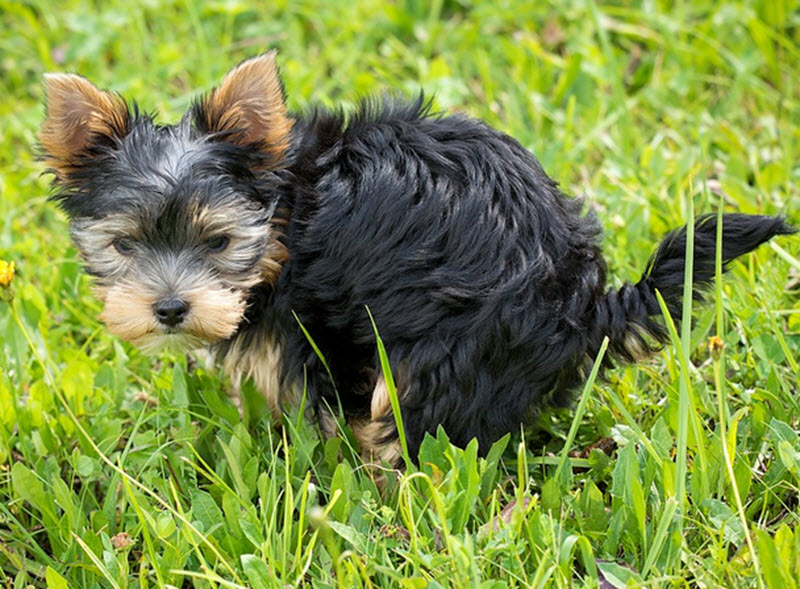 Crate training your puppy will make housebreaking him easier. Most dogs do not like to mess up the space where they sleep so he’ll be less apt to go in his crate. But you must take him out every couple of hours.

If you are not home during the day consider hiring a pet walker or a neighbor to come let your puppy out one or two times. Leaving your puppy inside his crate all day long is not a good idea. He will have to eliminate in his crate and will form the habit of doing so.

Put your puppy on a regular feeding schedule for three or four times a day. A puppy’s stomach is small and several feedings throughout the day is better for his digestion than two large feedings.

As soon as your puppy eats, pick him up and take him outside.

Choose a close by area in your yard that you want your puppy to use as his elimination area. It’s easier to train him to use one spot on a regular basis. When he goes back outside he will recognize the spot by the smell.

Choose a command that lets your puppy know it’s time to go potty. This can be “go potty” or simply “go”. Whatever you choose stick with the same command each time you take your puppy outside.

Do not play with your dog or allow him to run around until he has urinated and had a bowel movement. Then reward him with praise and a treat. Taking him out on a leash will keep him from wandering off and getting distracted.

Always take your puppy outside first thing in the morning, right after he eats, shortly before you leave him, and right before bedtime. At first you’ll need to carry him outside. If you let him walk he will probably urinate on the floor before you get him outside.

When your puppy is out of his crate playing; always watch for signs when he is about to have an accident in the house. He will usually sniff, turn around in circles, whine, or bark.

If he starts to urinate on the floor say, “No” in a firm voice, pick him up, and quickly carry him outside.

When he goes inside, always clean the area thoroughly or the puppy will continue to want to go there.

Use rewards of praise and treats to help housebreak your puppy. Do not yell or hit your puppy and never push his nose into the mess he’s made. This will not help him learn and can harm him.

Housebreaking requires consistency and patience on your part so don’t try to rush the process.